A quick outing? Mahabalipuram might just be the right place. 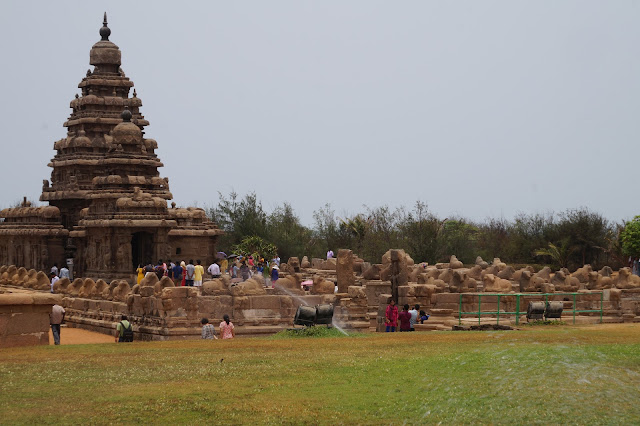 Looking for a quick weekend getaway? Well, if you are in South India, Mahabalipuram might be a brilliant option. Located in Tamil Nadu, this is a perfect place for those beach vibes. Along with the shore-line, you all get to see the ruins of an ancient city, bubbling with all its charm and glory.
And the For the Wildlife lovers, there's a Crocodile Breeding Centre close to this place. Isn't it just Perfect?
Once Upon a Time....Mahabalipuram was the earlier name of Mamallapuram because the demon king Mahabali was killed by Lord Vishnu. The name was changed later by the king of Pallava Narasimha Varman who has got the title of Mamalla; the great wrestler. It is an ancient historic town and was a bustling seaport during the time ofPeriplus(1st century CE) andPtolemy(140 CE), from where ancient Indian traders sailed to countries ofSouth East Asia. By the 7th century it was a port city of theSouth Indiandynasty of thePallavas. It has a group of sanctuaries carved out of rock in the …
Post a Comment
Read more

Excuse me! You might want to visit a book store right now ;) 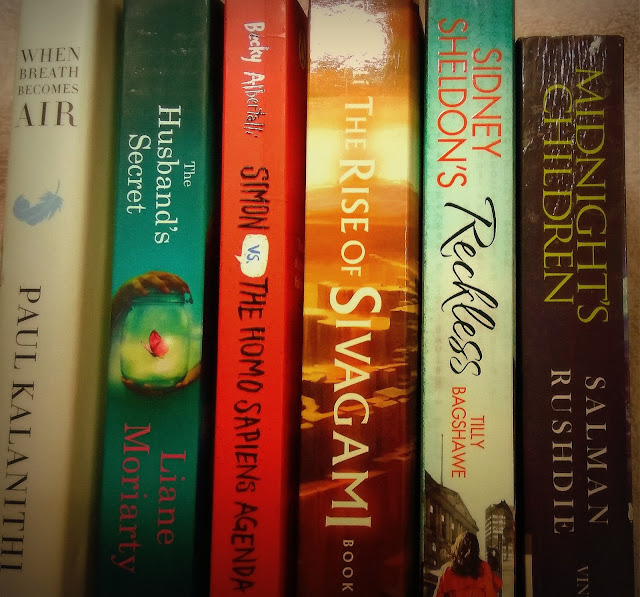 
Books take you places, but this one's gonna bring you home. As Indians, Ramayana has been drilled into our brains and souls. These mythological events have always been used as examples to teach us life lessons. They are an integral part of us just like our mother tongue. All our life we have been taught to sympathize with Sita and idealize ram. This book gives an understanding of the other side of the story. Ram's activities have been justified innumerable times but no one has ever talked about how Sita coped up with everything. One may feel that this b…
Post a Comment
Read more

6 Book Subscription Boxes that you need in your life right now! :) :) 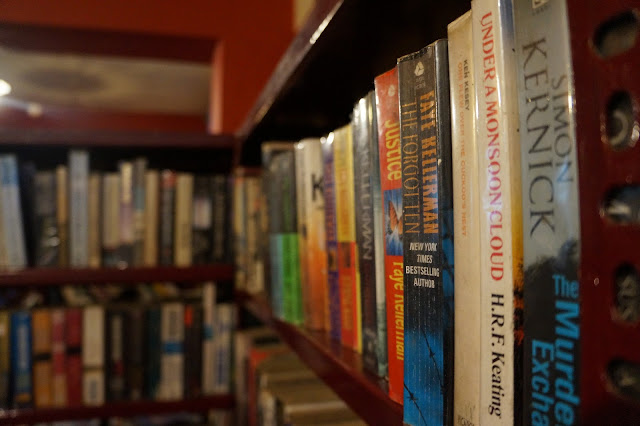 Hey folks :) Too lazy to look around for new releases? No worries, this post has got your covered. Also who doesn’t like a wee bit of surprise in life? Especially when it feeds the bibliophile in you? These subscription boxes are magic. Not just books, they also bring you merchandizes, collectibles and printables so that you could be the biblio-fashionista (I just invented that :P) and flaunt your eternal love for books.
1. Big Book Box: Each box contains a newly released book as well hardcover books (depending on the box you choose). The box also contains some goodies along with printables. The prices of each box are listed below. They have monthly and quarterly subscriptions. 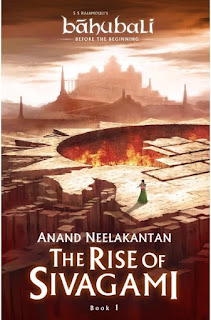 Hey folks, the prequel to the legendary Baahubali released recently.
Titled “The rise of Sivagami” by Anand Neelakantan the book illustrates the struggles of Sivagami, popularly known as the traitor’s daughter. She wants to avenge the royal family of Mahishmathi for feeding her father alive to the crows. The book covers all those emotions and turbulence she goes through as a young girl and the steps she has to take to be a part of the powerful 'people' of the empire.

The book also captures the psychology of a slave (The one and only! Katappa) whose sole purpose in life is to serve the royals of Mahishmathi. His sense of duty and blind faith for his king and the country is sure to remind you of the Katappa in the movie “Baahubali: the beginning”.

Now, Sivagami hasn’t been given much introduction in the movie so as to her background. Briefly, Sivagami is the grandmother of Mahendra Baahubali (shown in “Baahubali: the beginning”, played by Prabhas <3). She is the daughter of a Bh…
Post a Comment
Read more 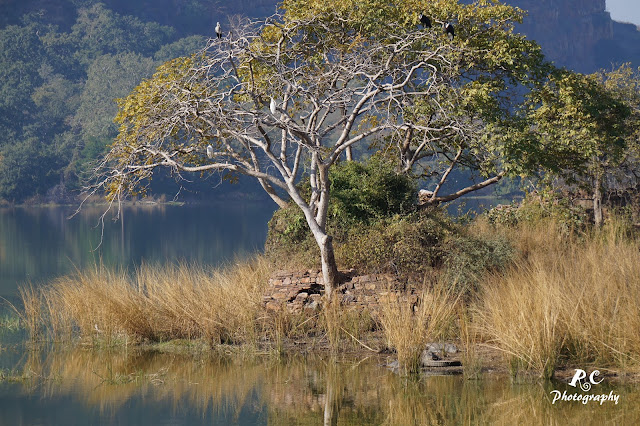 Ranthambore National ParkorRanthambhoreis one of the largestnational parksinnorthernIndia, covering entire area of 392 km². It is situated in theSawai Madhopurdistrict of southeasternRajasthan.
The Ranthambore National Park is mainly known for its tigers. Apart from that, a large numbers of Sambar, Chital, Nilgai, Gazzelle, Boars, Mongoose, Indian Hare, Monitor Lizards and birds live here in their natural habitat. It is a part of the project Tiger’s Conservation in Rajasthan.  The flora includes ancient Banyan trees, peepal and Dhok trees as well as mango trees.Other than dense forests, the national park also comprises of bushlands as well as lakes (The Padam Talab, the Raj Bagh Talab and the Malik Talab)

This post contains a series of photographs taken by my co-author Ritajit Chatterjee (ritajitchatterjee@gmail.com). I hope you enjoy them. 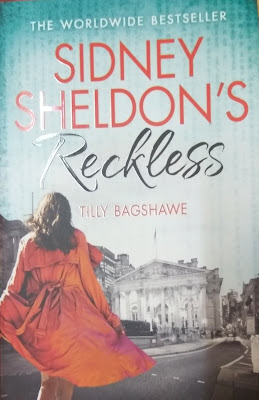 This post is about the book called Reckless. The author of this book is Tilly Bagshaw and she has tried to fill in the shoes of Sidney Sheldon.

I was very hesitatant about picking this book off the bookstore because I grew up reading Sheldon. The first book I ever read was Nothing Lasts Forever by Sheldon.
With all my skepticism I read this book and I have to say, Tilly Bagshaw did a good job.

The novel is about a theme that is so relatable in today's society. The rise of a community of people who have certain beliefs that turn violent over time due to simple reasons like fight for power within the community, the desire to be above all human, the rage and anger within certain people which forces them to do whatever it takes to achieve their goal. The protagonist is a ex theif turned housewife who due to certain circumstances is forced to cooperate with the
CIA in their mission against Group 99.

Cover: The cover doesn't give away the plot of the book but justi…
Post a Comment
Read more 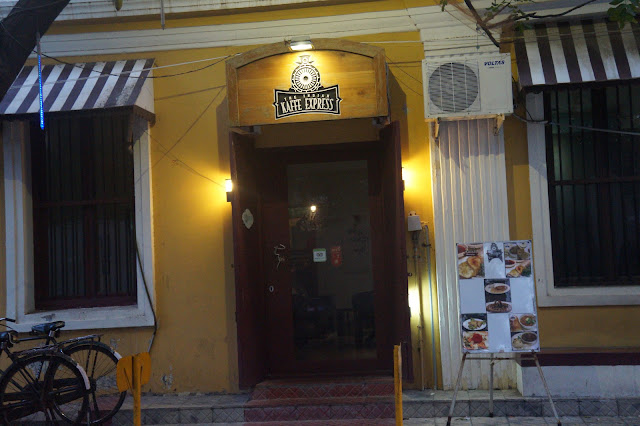 Hello gorgeous souls!
Well, this is my first post and it's about something i absolutely love wiz. Food!!!

So recently i had been puducherry which is the capital of the Union Territory Puducherry.  And i got to taste some amazing food at some really cozy places. I am not much of a fan of hot shot high profile restaurants with millions of people around. i'm more of a quiet cozy evenings kinda person. So in an around the rocky beach area, there a cafe called The Indian Kaffe Express. First, about the interior: you will instantly feel you are home chilling out with an amazing cup of coffee and some mouth watering delicacies.

The menu involves coffee (ofcourse), milkshakes, pancakes(i guess!!),omlette, toasts, rolls etc. I absolutely loved the waffles.
http://www.zoma.to/pv/u_3MDcxNDQ3MjQxN
This is the link of the review i had given in zomato and the picture of this amazing caramel sauce waffles.

The waffles were crispy yet soft. The perfect waffle batter i have to say. the caramel sauc…
3 comments
Read more